John is meticulous in his detailing of every bat from the selection of each cleft, numerous sanding processes, final polishing and labelling, ensuring the best possible balance and performance throughout the manufacturing process. 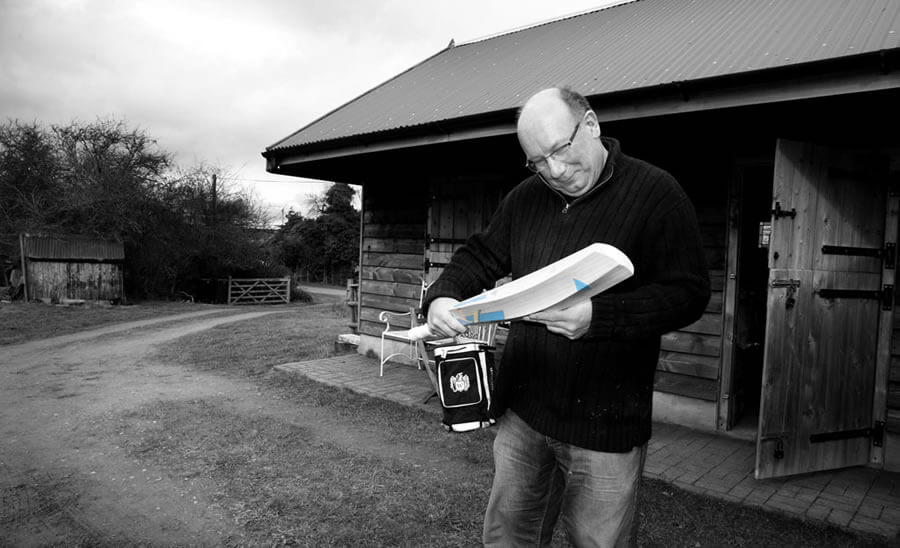 A master craftsmen of Cricket Bats

Woodstock bat maker John Newsome has been involved in the sports industry for the last 20 years, working in both golf and cricket. As a golfer, he represented Sussex and was Sussex County Captain for three years. He is married and has three sons who themselves have represented Sussex in both cricket and golf.

For 5 years he was part of the management team at Newbery Cricket in Hove and had the pleasure of looking after some of the world's best cricketers. During that period, he learned just what a top class player is looking for in a bat and the skills required to manufacture them.

At the beginning of the 2010 season and driven by a desire to see every level of player have the best possible equipment at very affordable prices, John launched Woodstock Cricket Company using a purpose built workshop in his back garden in Plumpton Green. He acquired mostly second hand old tools and machinery including draw knives, spoke shaves and wooden block planes traditionally used in the manufacture of cricket bats. He initially sold to friends and local clubs and spent most of his time attending local fixtures where the bats grew in popularity by the day. Very soon the bats were being used by Junior County players right up to Professional level.

In since the beginning, excited about taking the business forward. Handy All Rounder in his day.

Strategy, Socials and Marketing guy. Wise beyond his years. Loves all things business and off spin.

Famous for liking football but prefers cricket. Outscored Andrew Strauss in a partnership of 7 once